Complaining About a Mortgage Lender 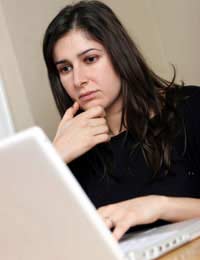 Complaining about a mortgage lender can be a lengthy process. However, borrowers should try to follow the proper procedure. Attempts to by-pass one of the steps in the complaints procedure may ultimately mean it takes longer to resolve the complaint.

Claims management companies offer to help consumers resolve disputes with a lender or other organisation. These companies will charge a fee for the services and / or may take a percentage of any compensation received. These companies must be authorised by the Ministry of Justice to operate legally.

Complaints management companies often target consumers who have easily resolvable complaints. Many complaints management companies have started advertising their services to help borrowers reclaim unfair mortgage arrears fees. However, this is something that most consumers can easily arrange themselves. Indeed, the mortgage lenders in question may contact their customers and refund the fees before the borrower even becomes aware of their entitlement.

There is plenty of free advice available on issues related to mortgages. Borrowers should think carefully before deciding to pay a claims management company to help them.

Complaining Directly to the Lender

Depending on the issue, it is possible that a telephone call to the right department could be enough to resolve it. However, in most cases it is likely that a complaint will have to be put in writing. Even if a complaint is being dealt with over the telephone, it is always a good idea to put everything in writing – and to request written confirmation of any responses or assurances given by the lender.

Generally, a formal letter should be sent to the mortgage lender setting out the details of the complaint and including relevant dates, reference numbers and facts. The letter should be as concise as possible, whilst also including all the relevant information. Long, rambling letters can be counter-productive - a genuine complaint can get lost amongst a series of less important grievances.

Complaining to the Financial Ombudsman Service

The Financial Ombudsman aims to deal with all complaints within nine months. The length of time taken depends on the stage at which any resolution is reached. The first stage is relatively informal and may be completed within three months. This could apply where, for example, a complaint derives from a break-down in communication or a simple error which has been missed. The next stage is more formal and involves an investigation by the Financial Ombudsman Service followed by a formal report and recommendations. In a minority of cases, where either party refuses to accept the recommendations, an individual Ombudsman will make a final decision about the case.

It is possible to request that the case be reviewed if the decision is found to be unsatisfactory. If either party is still not happy with the final decision, they may wish to consider issuing court proceedings or using a mediation service. However, the majority of cases which go to the Financial Ombudsman are concluded there. It should be noted that a party who has accepted an Ombudsman’s recommendation may not then change their mind and issue a court case on the same point.

Postponing Repossession Proceedings While a Complaint is Being Processed