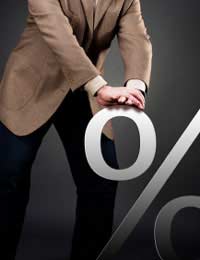 Recent changes to the rules on the support for mortgage interest benefit may lead to an increase in the number of borrowers struggling to keep up with their mortgage payments.

What is Support for Mortgage Interest?

Support for mortgage interest is a state benefit which is payable to some homeowners to help them pay their mortgage each month. The benefit works by making a contribution towards the interest element of the mortgage instalment.

Who is Entitled to Support for Mortgage Interest?

Support for mortgage interest may be payable to homeowners who are also in receipt of another state benefit such as income support or job seekers’ allowance. Support for mortgage interest may also be available to homeowners in receipt of pension credit but different rules on eligibility apply. For example, for those on pension credit, there is no waiting time before being able to claim but the payments available may be lower.

At the height of the recession, in early 2009, it was feared that record numbers of homeowners could face repossession and eviction unless financial help was made available to those who were struggling to keep up with their mortgages. The government took steps to increase the financial help available to homeowners who had bought their properties with mortgages.

Changes to the rules on support for mortgage interest introduced at that time, by the previous administration, included:

The Latest Changes to Support for Mortgage Interest

Since coming into power in the May 2010 general election the UK's coalition government has warned that cuts to public spending would be necessary to address the country’s high budget deficit. Since that time the government has been announcing a series of new austerity measures to reduce government outgoings.

The Impact of the Changes to Support for Mortgage Interest

Homelessness advisers immediately voiced concern that this cut in the rate used to calculate support for mortgage interest would result in a sudden and significant drop in the payments being received by many claimants. It was said that this could result in a surge in the number of homeowners facing repossession due to mortgage arrears. It is estimated that about 100,000 households will suddenly find that their benefit payments no longer cover the interest on their mortgage. (Conversely, at least as many households will probably still be receiving too much.)

Some observers have argued that this cut in support for mortgage interest will hit the poorest families the hardest. They say that these families are likely to have mortgages with the highest interest rates to start with and will therefore be left with a much greater shortfall to make up. The problem may be compounded when interest rates finally begin to rise - which could result in a substantial increase in the number of homes being repossessed.