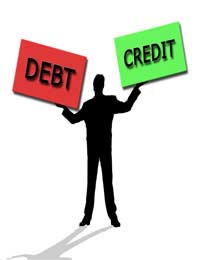 Most borrowers with bad credit mortgages will have entered into the mortgage at a time of desperation - because there was no other way that they would be able to secure a mortgage or because they were threatened with repossession by a previous mortgage lender.

The Costs of a Bad Credit Mortgage

Despite often being marketed as a helpful service for those who have got into financial difficulties, companies who provide bad credit mortgages do so for one reason – to make money.

There are two main ways in which companies offering bad credit mortgages make their money:

Bad Credit Mortgages – The End of the Road?

Many companies who offered bad credit mortgages have advertised them as a way for borrowers to repair their credit history. Some have offered mortgages where the interest rate payable falls if the borrower sustains regular payments over a period of time.

It is certainly true that a history of maintaining mortgage payments will improve a borrower’s credit rating. However, a borrower who has already got into difficulties with a mortgage, or with their other finances, is much more likely to default in the future than a borrower with a good credit rating. The difficulty for a borrower with a bad credit mortgage is that they will find it increasingly difficult to re-mortgage if forced to do so by the threat of repossession. There is a limit to the amount of risk that even sub-prime lenders will take on.

In addition, the mortgage companies who seemed so keen to help the borrower find a mortgage deal are likely to be much less sympathetic when the borrower defaults – and much quicker to start a mortgage possession case than some of the conventional lenders.

Blamed by many for the economic downturn, lenders offering bad credit mortgages have been hit hard by the changing business climate. Unlike a bank who offers a mortgage, these lenders often have no other source of income. They do not have customers’ deposits to sure up their finances when the mortgage sector contracts.

Many of the sub-prime lenders have simply stopped taking on new customers and may even be encouraging existing borrowers to look elsewhere. This has led to a dramatic reduction in the number of bad credit mortgage deals available. Customers currently looking for bad credit mortgage deals will probably be expected to find far larger deposits than they would previously have had to.

Borrowers who already have a bad credit mortgage may find that the interest payable on their loan jumps up dramatically at the end of the fixed period, as the mortgage lender tries to maximise the revenue from a dwindling pool of resources. This would be particularly galling at a time of record lows in basic interest rates.

The difficulty, even for those borrowers who have managed to sustain regular payments for a number of years, is that the availability of credit has been reduced throughout the market. With far stricter conditions being placed on mortgage applications there may still be no one else who will offer them a mortgage deal.

Repossession and Buy-to-let Properties
Share Your Story, Join the Discussion or Seek Advice..
Irritated.You have played right into the hands of the banks with this article by perpetuating this utter nonsense suggesting that it was bad borrowers with bad credit histories that caused the banks (and thereby the tax payers) the problem of toxic debts.I'm sick of seeing this sheep like repeated propaganda singing on behalf of the banks.If you really knew about hidden fees, i.e., all those hidden fees in mortgages, you wouldn't be assisting the banks with this utter propaganda line that it was bad borrowers with bad credit histories.In fact, the truth is that many people who ended up with sub-prime **lenders** actually had excellent credit histories and they were "advised" to take out loans with sub prime lenders because their "advisers" got a huge secret commission for sticking the borrower with a sub prime lender.So please, if your objective really is to help consumers (and not the banks), please stop repeating this propaganda line that the bankers PR gurus invented for public consumption.Stop being fooled!
Had enough of propag - 17-Dec-12 @ 5:18 AM
Title:
(never shown)
Firstname:
(never shown)
Surname:
(never shown)
Email:
(never shown)
Nickname:
(shown)
Comment:
Validate: