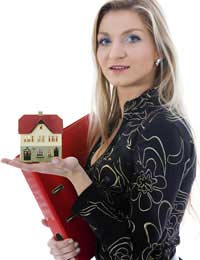 The main identifying feature of a consumer credit mortgage is that it will be for less than £25,000 (although, confusingly, not all mortgages for less than £25,000 are consumer credit mortgages.) In most cases this will be a second, or subsequent, mortgage. These mortgages are governed or regulated by the Consumer Credit Act 1974 – and are, therefore, also known as regulated agreements.

The Requirement for a Default Notice

The lender has to comply with certain rules in relation to these mortgages which do not apply to the conventional house mortgage. The mortgage agreement will be in a different form and the lender will have to serve a formal Default Notice on the borrower before they are entitled to enforce the mortgage through the courts. As its name suggests this document is sent to a borrower who has failed to maintain the payments due under the agreement. It will inform the borrower how many payments have been missed, give the borrower the chance to make up the default and warn that the agreement will be terminated if this is not done.

If the arrears are not cleared the lender is entitled to repossess the property but must obtain a court order before they can do so. There are two very significant differences in the courts’ powers when they consider a consumer credit mortgage.

Was the Original Agreement “Fair”?

The court can look at the original terms of the loan to see if they were “fair”. If the court does this it will probably look at:

What is “fair” is defined by the Consumer Credit Act and most agreements will have been specifically designed to comply with the requirements. It is, generally speaking, very unlikely that a loan provided by a bank, building society or legitimate finance company will be deemed to have been unfair.

The Court’s Power to make a “Time Order”

In a normal mortgage a judge can only make a suspended possession order if he is satisfied that the borrower can pay at least the usual monthly instalment and an additional sum to clear the arrears over the remaining term of the mortgage. However, with a consumer credit mortgage the court can make a suspended order which allows the borrower to pay just the monthly instalment - or even less. Naturally most lenders will be resistant to such orders, seeing them as a way for borrowers to get out of a contract that they freely entered into.

This issue has been considered by the courts. In the leading case, Southern District Finance v Barnes, it was decided that a judge should only make a time order for a limited period and due to the borrower having experienced a specific and temporary financial difficulty. In other words, this provision should not give free reign to borrowers to get out of agreements that they can no longer afford. When making this kind of order the judge may also say that the case should come back to court on a specified date in the future so that the level of payments can be reviewed. Ultimately the court should be aiming to get the borrower back on track with the original terms of the mortgage.

Whilst a consumer credit mortgage may be for a fraction of the amount of the first mortgage on a borrower’s home, the lender is still entitled to seek a possession order and to repossess the property. This can happen even in cases where a borrower is completely up to date on their first mortgage. Borrowers should bear this is mind when taking out a secured loan - especially if the extra money is not really needed or if the second loan takes up most of the remaining equity in their home.