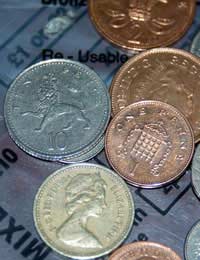 It can come as a shock to a borrower sitting in a court room, listening to a judge making a possession order over her home, and then - just when things could not possibly get any worse - the judge also gives the lender a "money judgment" for the full amount outstanding under the mortgage. The hearing may have only lasted a few minutes but the consequences could hardly be more disastrous.

What is a Money Judgment?

In fact the situation is not quite as bad as it seems. Money judgments in mortgage cases came to the fore in the early 1990s when large numbers of properties had fallen into negative equity. Lenders were frequently repossessing properties worth less than the debt they were owed. In a 1993 case called Cheltenham & Gloucester v Grattidge it was held that lenders were entitled to pursue different ways of recovering the mortgage debt at the same time. This led to many lenders asking for both a possession order and a judgment for the outstanding mortgage balance. Technically this means that the lender could choose to recover the debt either by repossessing and selling the property or by pursuing the borrower directly for the money.

What is the Effect on a Borrower when the Lender asks for a Money Judgment?

The reality is that a borrower who was unable to pay the instalments due under their mortgage is unlikely to have £100,000s available to pay off the entire mortgage debt. Therefore, in practice, the money judgment will only become relevant if the lender repossesses the property, sells it and is unable to recover the full debt owing to them from the sale proceeds. At that stage the lender can rely on the money judgment. The lender will give the borrower credit for the sale proceeds and then pursue them for the debt still owing. However, once again, someone who has just had their home repossessed tends not to have a lot of spare cash lying around so it is not clear how many lenders actually chose to take this course of action.

Although the case law states fairly clearly that lenders are entitled to money judgments, there are judges who hate the idea of them. Some refuse to grant them and others take the view that they are only relevant if there is evidence of negative equity. Cheltenham & Gloucester v Grattidge did say that judges are entitled to put restrictions on the enforcement of the money judgment. If a judge gives the lender a money judgment he might say that it is not to be enforced…

Do all Lenders Ask for Money Judgments?

There is a school of thought that, by asking for a money judgment at the possession hearing, the lender is limiting the amount they can claim from the borrower to what is owing at that time. The final figure owed by the borrower is usually significantly higher at the point of sale - once further interest, costs, fees, sales expenses and any redemption penalty have been added to the debt.

Some lenders ask for money judgment in the papers sent to the court but then at the hearing ask for it to be "adjourned generally with liberty (or permission) to restore". This means that the lender can come back to court at a later date, when the final debt is known, and quickly and cheaply have that part of the case reinstated to obtain a judgment for the total amount owed.

The money judgment is usually dealt with very quickly, apparently as an afterthought, at the end of the hearing. Borrowers can check the Particulars of Claim and Witness Statement to find out whether the lender is asking for judgment - not all lenders do. However, many lenders do ask for money judgments regardless of the amount of equity in the property and most judges grant them without hesitation. In this respect some lenders may appear to be a little like greedy children: because the law says they are entitled to a money judgment they will take it whether they need it or not.