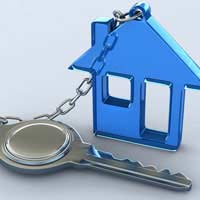 Mortgage repossession cases are relatively informal. However, the basic legal rules still apply – including those relating to the use of evidence during a hearing. Depending on the type and purpose of the evidence the judge may apply these rules more or less strictly. Generally, judges will apply the rules on evidence more strictly to a mortgage lender, who is legally represented, than to a borrower, who is not.

The mortgage lender may also have to attach a copy of a statement of account to the witness statement. Depending on the type of mortgage the lender may further be required to exhibit a copy of a default notice or formal letter demanding repayment of the mortgage debt.

The lender’s representative should bring the originals of the documents to the hearing. They should also produce two copies of a Mortgage Arrears Pre-Action Protocol checklist to prove that the lender complied with the requirements of the Protocol before starting the repossession case.

Judges usually allow defendants in mortgage repossession cases to explain their case orally and will seldom require them to produce formal written evidence. Defendants should, however, be prepared to provide the judge with a full account of any relevant circumstances and to show the judge (and the lender’s representative) copies of supporting documents where relevant.

Occasionally a judge may put a defendant on oath. If a person takes the oath anything they say becomes formal evidence. A person who says something which is untrue whilst on oath is committing perjury. A judge may ask a defendant to take the oath if he suspects that they are lying or if the lender's representative insists that the borrower is not telling the truth. However, it is very unusual for defendant borrowers to be required to give evidence on oath during an ordinary mortgage repossession hearing.

Talking to a Mortgage Lender's Representative at Court