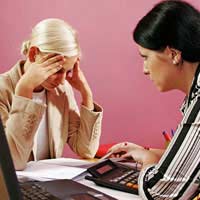 Over the last few years there has been a growing awareness of a lender’s ability to apparently turn an unsecured loan into a secured loan. Borrowers have been horrified to find that a lender is entitled to put a charge (or mortgage) on their homes for relatively small debts. Consumer watchdogs have expressed outrage at what is seen as another example of the underhand behaviour of large financial institutions at the expense of powerless borrowers. An, understandable, confusion about the process involved has contributed to this outrage.

1. Default on an Unsecured Loan

If a borrower misses payments, or defaults, on an unsecured loan or credit card the lender will issue a Default Notice. This is a formal letter required by law. The letter informs the borrower that they are behind with the loan and warns them that, if they do not make up the missed payments, the lender will terminate the agreement.

2. The Loan is Terminated

If the borrower fails to make up the missed payments the agreement will almost certainly be terminated by the lender. At this stage the loan comes to an end. Any terms and conditions relating to it are no longer in effect and the borrower cannot revive the loan. The lender might still be prepared to agree a repayment plan with the borrower but it is entirely up to them whether they do so and, technically, such an agreement has absolutely nothing to do with the terms of the original loan.

3. The Lender asks for a Judgment

Even if a borrower does respond to the claim there is rarely a valid defence to such cases and a judgment is still likely to be entered for the amount outstanding under the loan, provided the lender has followed all the rules. However, the borrower may be able to convince the court to allow the debt to be repaid by monthly instalments set at a level the borrower can afford. These will be based on income and expenditure information that can be provided in documents sent out by the court. Once judgment has been entered the lender becomes a “judgment creditor” and the borrower becomes a “debtor”.

4. The Judgment Debt is not Paid

If a County Court Judgment is not paid, or satisfied, the judgment creditor is entitled to take steps to “enforce the judgment”. If the court ordered monthly payments towards the judgment debt, the creditor cannot enforce it unless the payments are not maintained.

There are many methods of enforcement, for example: a bailiff can be instructed to take some of the debtor’s belongings away; a regular sum can be deducted at source from a debtor’s income; bankruptcy proceedings can even be started if the debt is large enough, (currently at least £750). Applying for a charging order over a property owned by a debtor is just one method of enforcing a judgment debt.

5. Applying for a Charging Order

6. The Consequences of a Charging Order

The debtor will not be able to sell or re-mortgage their home without repaying the debt. A creditor can try to force a debtor to sell their home to repay the debt but they would have to start a separate case and obtain an “order for sale” before they could do so. Courts are often slow to grant such orders, especially if the debt is small. Not all creditors will want an order for sale and some will be much more willing to agree payment terms with a debtor once they have the security of a charge.

It can be seen from the sequence of events described above that the lender has not turned an unsecured loan into a secured loan. The loan ceased to exist when it was terminated. The judgment creditor has exercised their right to enforce, or secure, their judgment against the debtor.