Home > Landlords & Tenants > Housing Repossessions and the Right to Buy 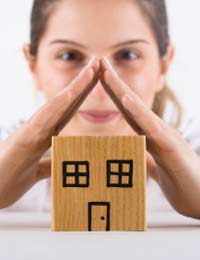 By exercising their right to buy some ex-council tenants may have made themselves vulnerable to repossession and homelessness.

Owning one’s own home is, for many people, central to what it means to be British. The old adage that an English man’s home is his castle can easily be extended to those from other parts of the country. When right to buy was introduced the possibility of homeownership suddenly came within the reach of many people who had never previously considered it.

The Introduction of Right to Buy

In 1980 the government of Margaret Thatcher introduced the concept of “right to buy” giving some council tenants the option to purchase their council home.

Under the legislation governing right to buy, council tenants were able to purchase their homes at a discounted rate. It has been estimated that since 1980 more than 2.7 million properties were bought by tenants under this scheme. As well as introducing the right to buy, the government of Margaret Thatcher also presided over a liberalisation of the mortgage industry. This made it far easier for many people, who had previously been excluded from the mortgage market, to obtain loans to purchase property.

However, the dream of home ownership comes with risks and responsibilities. There are several factors which may make an ex-council tenant who has exercised their right to buy more susceptible to repossession than other homeowners.

Buying at a Discount, Mortgaging at Market Rate

The right to buy scheme made homeownership more accessible by selling council properties at below their market value. However, some people exercising the right to buy obtained mortgages for the full market value of the property. This would result in higher mortgage repayments, reduced equity in the property – and a greater chance of difficulties maintaining the mortgage.

Selling a mortgaged property can be one way to avoid repossession by the mortgage lender. There are two reasons why this may be more difficult for those who have exercised their right to buy.

The second problem is that some prospective purchasers may be reluctant to buy an ex-local authority property. Even if a sale can be agreed, the owner of the property may find that they are forced to accept a discounted price relative to other (non-ex-local authority) properties in the area.

Depending on when a right to buy property was first bought the owner may have to repay some, or all, of the discount when they sell it. For properties bought under the right to buy scheme before January 2005 this applies if the property is re-sold within 3 years of the initial purchase. For properties bought under the scheme since then the discount is repayable if the property is re-sold within five years.

The amount of the discount which will have to be repaid will depend on how soon the property is re-sold - with a sliding scale applied for each year that has passed. If the property is re-sold within one year the full amount of the discount will have to be repaid. The amount repayable then reduces by 20% in each subsequent year.

Liability for Repairs or Renovations

It can come as a shock to some ex-council tenants that they suddenly become liable for the cost of repairs carried out by the council to the property they now own. This may particularly apply to those who have bought flats – as works may be necessary to the communal parts of the property.

The ex-tenant may find that they have little or no say in the terms or cost of the contract to carry out the works. There have been anecdotal suggestions that works carried out by councils on properties can be much more expensive than those carried out by private companies under commercial agreements. A homeowner who is liable for a substantial repairs bill may find that the consequent financial difficulties render the mortgage unaffordable, leading to the threat of repossession and eviction.