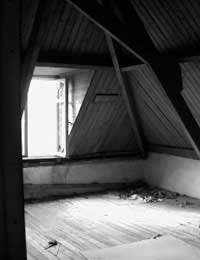 The formal legal definition for a squatter is a trespasser. A trespasser is defined as someone who enters or remains on land – and, therefore, a property – without the consent of the person who has possession of that land. This definition does not include a tenant who remains in a property after his or her tenancy expires.

The proper court procedure must be followed before squatters can be evicted from a property - even though they may well have no legal right to be there.

In a claim for repossession against squatters it is quite likely that the person, or company, bringing the claim will not know the name of all of the people occupying the land. When this is the case the name of the defendant will be given as “Persons Unknown”. The claim may also be brought against a mixture of some named defendants, if their names are known, and some “persons unknown”.

If the land is residential – such as a house – the squatters should be given five clear days’ notice before the court hearing takes place. If the property is not residential – for example, a disused factory – the squatters are only entitled to two clear days’ notice. However, the courts do have powers to shorten these periods if they consider it appropriate to do so.

There is no requirement for squatters to send in a formal response or defence to the claim -the squatters may still attend the court hearing and put any defence they may have to the judge.

Defending a Possession Claim against Squatters

As a basic matter of law a person occupying land or property without the consent of the person who owns that land is unlikely to have a defence to a possession claim. The most likely defence will be a technical one. In particular, a possession claim against squatters is most likely to fail if the claimant made a mistake when:Depending on the seriousness of the error the court might throw out a defective possession claim, adjourn the case so that the error can be corrected or excuse the error on the basis that it is not serious enough to affect the validity of the claim.

Under old land law, a squatter could acquire ownership of a property by physically occupying or being in possession of it for twelve years. If during this time the real owner failed to assert their rights of ownership the squatter became the true legal owner of the land. The process of being in occupation of land which rightly belongs to someone else is known as adverse possession.

The rules governing adverse possession changed when new land law came into force in 2003. These rules apply to land which is registered with the Land Registry. Land must now be registered whenever the freehold is sold or transferred. It has recently been estimated that about 65% of all land in England and Wales is currently registered.

In the case of registered land a squatter can apply to be registered as the owner of a property after being in possession of it for 10 years. When such an application is made the Land Registry will contact the registered owner - and some others who may have a registered interest, such as a mortgage lender - and notify them of the squatter’s application. If any objection is made to the application it is likely to fail.

Can Anything be Done Once your Home has been Repossessed?

Liability for Mortgage Shortfalls
Share Your Story, Join the Discussion or Seek Advice..
@CB. Unfortunately they may not have rights as squatters. What divorce arrangements were made regarding the house? Is it in joint names? Can the ex wife take over the payments? There are too many unknowns here for us to give an good answer unfortunately, but Citizens' Advice or a financial adviser should be able to help. If the home is repossessed, the ex wife and children will be treated as a priority on the local housing list.
HousingRepossessions - 11-Feb-15 @ 10:27 AM
my brothers house is being repossessed due to none payment of mortgage.His x wife and 3 children still live there.They have no where else to live do they have any legal rights to stay in the houseand how do they prevent themselves being evicted.
cb - 7-Feb-15 @ 6:39 PM
I was left property by a relative , another family member was totally unhappy with this and occupied the property . this resulted in lengthy and costly legal proceedings where I had to sell a large chunk of the property to pay legal costs . at one stage it was suggested to me to pay off the disgruntled family member by gifting him a portion of land . at the end of the day I was the big loser both financially and mentally . I was the one who had to bear all of the costs .so my advice is if there is any suggestion of a challenge leave it there and walk away
pudsy - 11-Sep-14 @ 10:43 AM
Title:
(never shown)
Firstname:
(never shown)
Surname:
(never shown)
Email:
(never shown)
Nickname:
(shown)
Comment:
Validate: