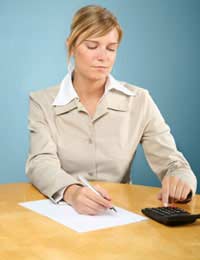 When a lender repossesses a borrower’s home they have a legal duty to sell it for the best price they can get. However, a property which has been repossessed will almost certainly get a lower price than would be achieved by a homeowner. Fees, penalties and interest will already have been added to the outstanding balance on the mortgage. In addition to the mortgage debt itself the lender will recover the costs of repossessing and selling the property from the sale proceeds. If the sale price does not cover all of this the borrower remains liable to make up the shortfall.

The Approach of Lenders to Mortgage Shortfalls

Lenders often do not pursue a shortfall immediately - largely because someone who has just had their home repossessed is unlikely to have a lump sum of cash available. Therefore, the lender may take the view that there is little point in chasing the borrower for the shortfall at this stage.

How Long can a Lender Wait before Pursuing a Borrower?

For most debts a creditor can wait for up to six years before chasing a debtor through the courts. However, special rules apply to mortgage shortfall debts - a lender can wait up to 12 years from when the debt first became due. The brutal logic behind this is that it gives the borrower time to get back on their feet financially so that they are more likely to be able to pay the debt.

The question of when the mortgage debt actually became due has been argued at some length in the courts. The starting point is that the mortgage debt became due at the point when the lender was first entitled to repossess. In most cases that will be the first time in the history of the mortgage that the borrower was in arrears for the equivalent of two monthly instalments. This means that the 12 year period may have started many years before the property was actually sold.

How much can the Lender Recover from a Borrower?

In addition to claiming the shortfall on the mortgage debt, the lender may also claim up to six years’ worth of interest on the shortfall. This can make a huge difference to the likelihood that a borrower will be able to pay off the debt. For example six years’ interest at 10 % added to a £25,000 shortfall makes a total debt of £40,000. Any legal costs incurred by the lender in trying to recover the shortfall will also be added to the debt.

If a lender does start a claim for a mortgage shortfall there is often little a borrower can do by way of defending the claim. The most common defence is that the lender left it too long to start the case. If this point is raised it will be up to the lender’s solicitors to prove that the case was started within 12 years from when the debt became due. This may involve a careful analysis of the history of the mortgage account. If the judge is satisfied that the case was started in time lenders usually obtain a judgment with little difficulty. A common problem for borrowers facing this kind of claim is that they are likely to have long-since destroyed or disposed of documents relating to the mortgage.

How to Avoid being Taken to Court for a Mortgage Shortfall

It may be possible to come to some sort of agreement with the lender to clear the debt before they decide to take the matter to court. Some lenders will agree to accept a lower amount than the actual debt if the borrower can make a lump sum payment. Lenders might also agree to accept monthly instalments towards the debt – especially if the borrower is prepared to offer a charge over their current property.

The law on mortgage shortfalls means that borrowers can find repossession coming back to haunt them long after they thought they had got over it and moved on with their lives. Having judgment entered for this kind of sum can be devastating and could even result in bankruptcy. One option is to hope that the lender decides not to pursue the debt - but 12 years is a very long time to keep one’s fingers crossed.