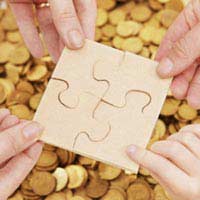 Before starting a mortgage repossession case certain steps should be taken by both parties in an attempt to avoid the matter having to go to court. These steps are set out in the Mortgage Pre-Action Protocol, which was introduced in 2008.

In all residential mortgage repossession cases started from 19 November 2008 onwards both the lender and the borrower should comply with the rules set out in the Pre-Action Protocol before going to court. The aim of the Protocol is to reduce the number of mortgage repossession cases and to prevent a case automatically going to court when it could be resolved by other means. It is also intended to prevent a court case being started when there are still unresolved issues or complaints between the parties.

At the heart of the Mortgage Pre-Action Protocol is an emphasis on the need for lenders and borrowers to talk to each other - to share information, to explore the reasons that a borrower has got into difficulties with their mortgage and the options that may be open to them to resolve the problem. Lenders are encouraged to treat repossession as a last resort – only to be used when all other avenues have been exhausted.

The Mortgage Pre-Action Protocol checklist is a standardized form containing various questions about the obligations contained in the Pre-Action Protocol. Even though the requirement to produce the checklist strictly only applies to cases which started from October 2009 onwards, it is possible that a judge will still expect to see it for cases which started before that date but have only come to court since then.

Use of the Checklist at a Mortgage Repossession Hearing

During the course of a mortgage repossession hearing, the lender’s representative will usually hand up to the judge various documents. The claimant relies on these documents to prove their entitlement to bring a mortgage repossession case. The documents include official copies of the mortgage deed and of the land registry entries for the property. Technically the defendant is entitled to see any document handed to the judge, although generally there will be no dispute between the parties that the lender has a mortgage over the borrower’s property. The judge may then ask to see a copy of the Pre-Action Protocol checklist - however, not all judges ask for it. If the checklist is not requested by the judge there is probably no reason why the defendant could not ask to see a copy of it.

Failure to produce a copy of the checklist, or the production of a copy which is not satisfactorily completed, will not necessarily mean that the repossession case cannot continue. Judges vary in their approach to errors in relation to the checklist - with some judges considering them to be more serious than others. It is possible that the lender’s representative will be able to satisfy the judge that the Protocol has been complied with from other documents in the court papers. Some judges may adjourn a case so that a correctly completed checklist can be produced.

Judges also differ in their approach to failures to comply with the Pre-Action Protocol. If a lender has failed to comply, the judge could take this into account when deciding whether or not to make a possession order. If a case has to be adjourned because the lender’s representative does not have a copy of the checklist, or has an incomplete copy, the judge may prevent the lender from adding the costs of the wasted hearing to the mortgage account. In practice, a borrower who has failed to comply with their obligations under the Protocol is unlikely to be penalised for it.