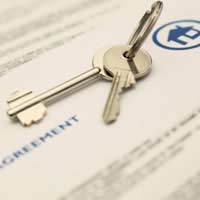 When the global economy suffered a downturn following the banking crisis of 2008 many feared that the UK would be hit by a deluge of mortgage repossessions. The last time the UK went into recession housing prices plummeted, interest rates soared and many borrowers lost their homes.

To avoid record numbers of repossessions an action plan was put in place to discourage mortgage lenders from repossessing and to provide more help to struggling borrowers.

Several lenders agreed to be part of the Homeowners Mortgage Support scheme. Under this some borrowers may have the interest on their mortgage deferred for up to two years. Some other lenders, who are not part of the scheme, may offer similar initiatives to assist borrowers. However, it has been suggested that fewer borrowers have been helped under these initiatives than expected.

Mortgage lenders are not estate agents and do not really want to be deluged with huge numbers of repossessed properties – especially at a time when the housing market is relatively stagnant. Lenders also do not want high levels of bad debt on their accounts. These factors could contribute to a greater willingness to tolerate a certain level of default than would previously have been the case. Now, more than ever, borrowers in mortgage arrears may find that talking to their lender could result in a mutually acceptable solution being reached.

The Government’s Approach to Mortgage Arrears

At the height of the economic crisis several government initiatives were introduced to help those in mortgage arrears. These included:These schemes are expensive. After the new coalition government came to power in May 2010 there were immediate fears that cuts would be made to these initiatives in an attempt to reduce the budget deficit. Indeed, in July 2010 the new Housing Minister announced that the amount of financial help available to households under the Mortgage Rescue Scheme would be reduced. He insisted that the total budget available for the scheme would not be cut but concerns remain about the long-term outlook for these initiatives.

Conversely, the Conservative party remains a great supporter of owner-occupiers and would not want to be the government that presides over record numbers of mortgage repossessions, as they were during previous recessions in the 1980s and 1990s.

The Courts’ Approach to Mortgage Arrears

Regular users of the County Courts have observed that there seems to have been a subtle shift in the approach taken by judges in mortgage repossession cases. There appears to be a greater willingness to adjourn cases to give borrowers more time to explore the opportunities open to them before a possession order is made.

Whilst some judges still take a very robust approach to mortgage repossession cases others may be more willing to give borrowers the benefit of the doubt. Rather than looking purely at the situation as it stands on the day of the hearing some judges are more willing to take into account the future likelihood of a borrower to clear the arrears on their account. However, borrowers should not become complacent about the prospects of a possession order being made. If there is no chance that payments will be maintained going forward, or if the property is in negative equity, an outright possession order remains a likely outcome of a repossession case.

Unsecured Debt in an Economic Downturn

Tenants and Buy-to-let Mortgages
Share Your Story, Join the Discussion or Seek Advice..
This information may be conforting to people in difficulty, has the government knowns that subprime lenders who lend money irresponsibly to people under the economic boom are being easily granted possessions by county court judges to take people property irrespective of how the money was lent, and the county court judges knowing well that the pre-action protocols have not been followed yet, dismissed the defendant(borrower) case (application), on the ground that the £3500 monthly payment possession order he made has not being maintained. The property is not in negative equity and has £75000 to £80000 equity in it, yet the judge refusing to allow a sale by the borrower and order 3 times the eviction to go ahead. The borrower was given the loan by the subprime lender having all the facts that the borrower was 71 years old and now is 74 years old on a pension, yet the judge refused to accept an application for clemency on the promised of a lesser monthly repayment of £1600 until the property is sold by the 74 years old himself, this old pensioner is now going to be in the street in 2days, both his local council refused his application for Homeowners mortgage rescue plan sighting that, they are not accepting anymore application, Shelter has not been of help either.The old man 74 years old approach 2 local MP who also refused to help or intervened.Where is the fairness here. The Old Man 74 years old was given this loan directly by the subprime secured loan company, themselves without any legal advice whatsoever, and promised to give him a remortgage in 1 year after taking the loan, but when the subprime was approach for that remortgage they stated that they will not give him the remortgage because of the credit crunch.Even the 1st mortgage company has given the old man an extension on his orginal 1st mortgage which has expired recently, instead of old man being asked for the £40000, he has been given a 10 years extension.But this subprime lender is now asking for a monthly payment of £7000 to bring both the balance and the arrears up to date, so when he failed to maintained that in July and August 2011 he is now being evicted, the subprime is giving him an altimatum Pay the whole arrears or you will be in the street in 2 days time. This was the subprime lender language(answer) to this 74 years old man.I hope this comment will be publised so people will know what is going and giving investor more powers to capitalise on homeowners demise.
Gordon - 3-Sep-11 @ 11:29 AM
Title:
(never shown)
Firstname:
(never shown)
Surname:
(never shown)
Email:
(never shown)
Nickname:
(shown)
Comment:
Validate: